24 year old Lincoln Ashby is a local suburban Melbourne lad. He had contacted Bentley Race about a year ago about doing some modelling, but they didn’t actually get to meet up at the time. So Ben was really glad when he contacted him again at the start of the 2013 summer, saying he wanted to come round and meet up. Well it didn’t take much convincing to get Lincoln in some soccer gear and have him stripping on the roof. It was a hotter than expected day, so after showing some of his ball tricks, and stripping down on the roof, it was still too hot to stay out there. So they headed back inside to let Lincoln get completely naked. Ben asked him if he wanted some porn playing in the background to help him get hard, but after Ben fiddled with the TV for a bit, he turned around to find Lincoln’s big dick already rock hard and poking out the top of his jock strap! 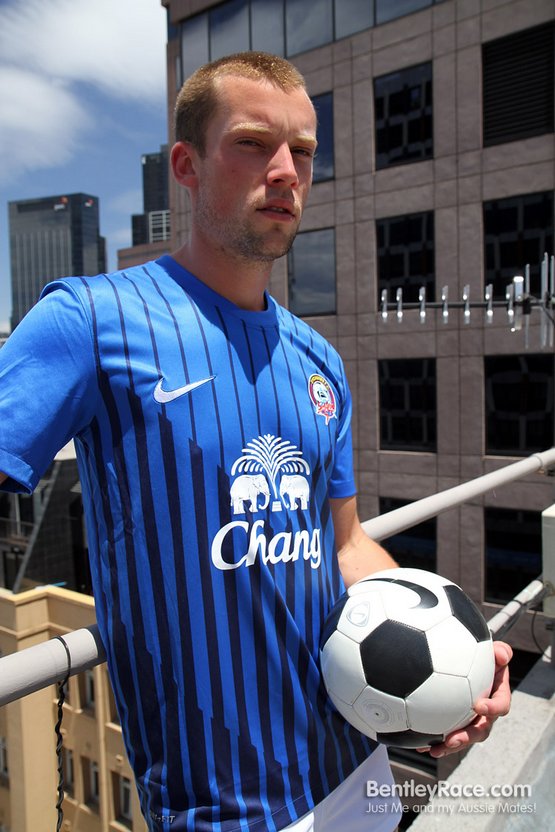 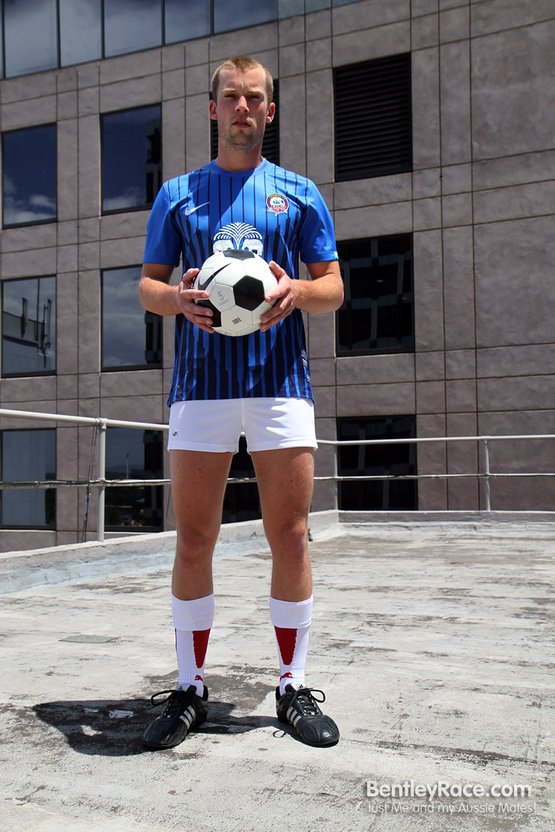 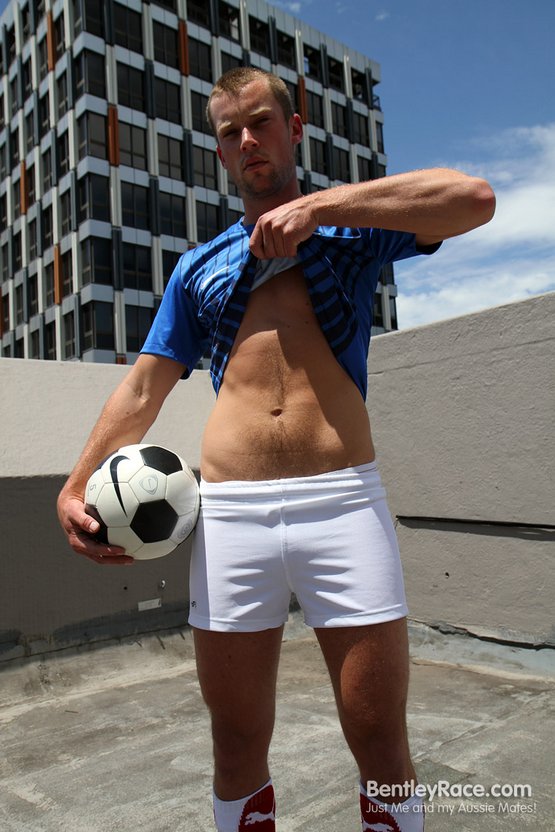 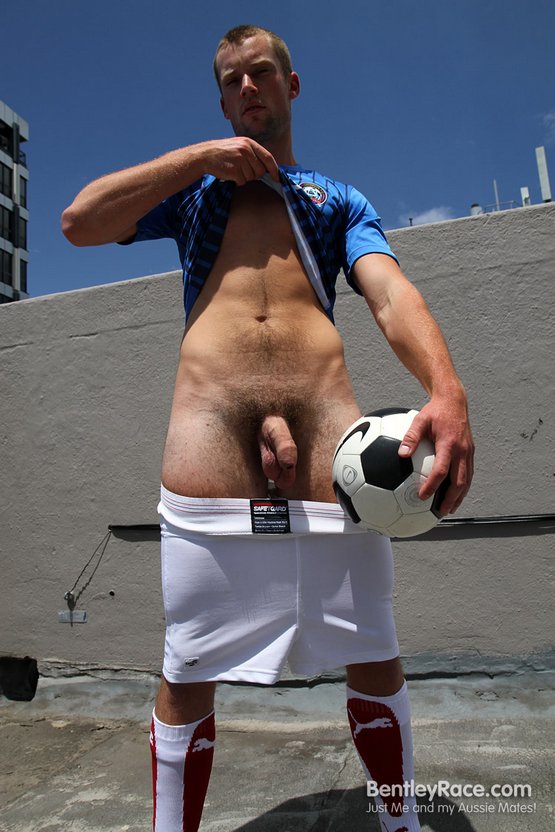 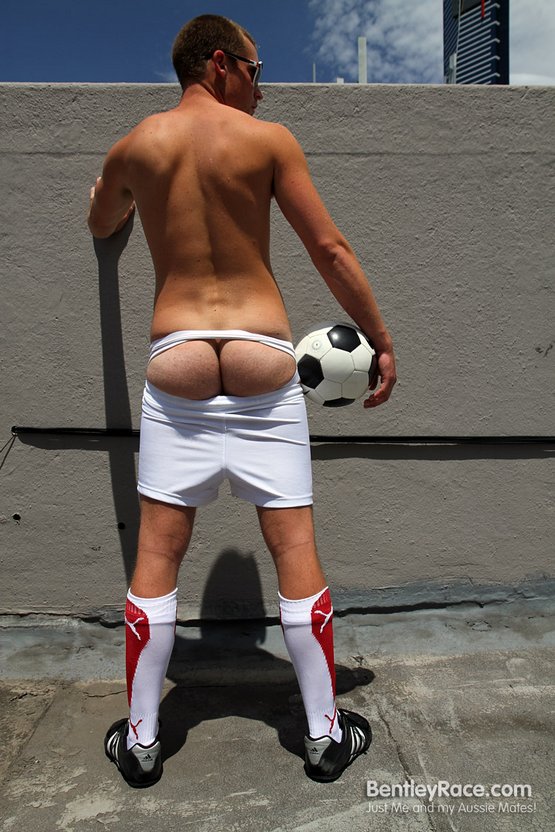 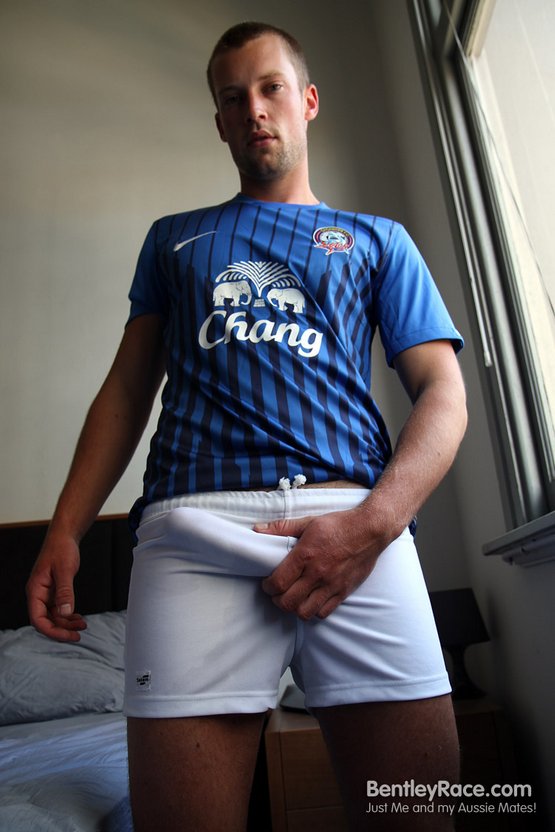 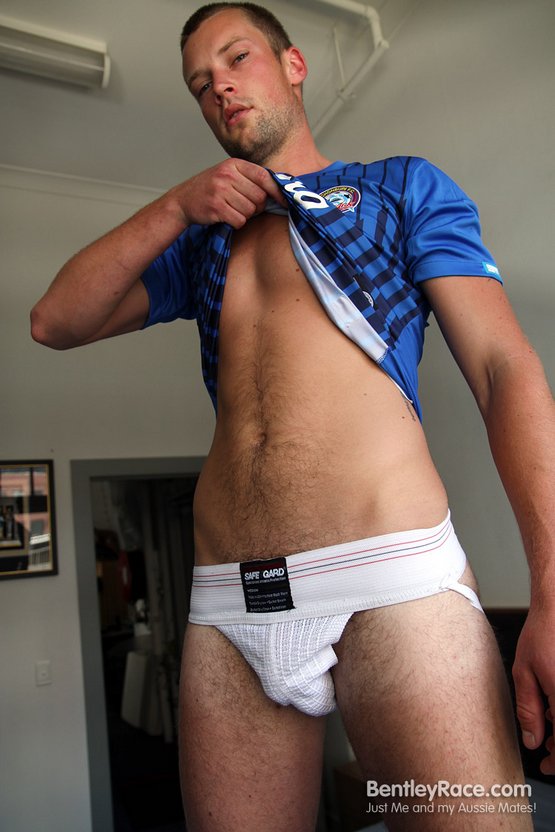 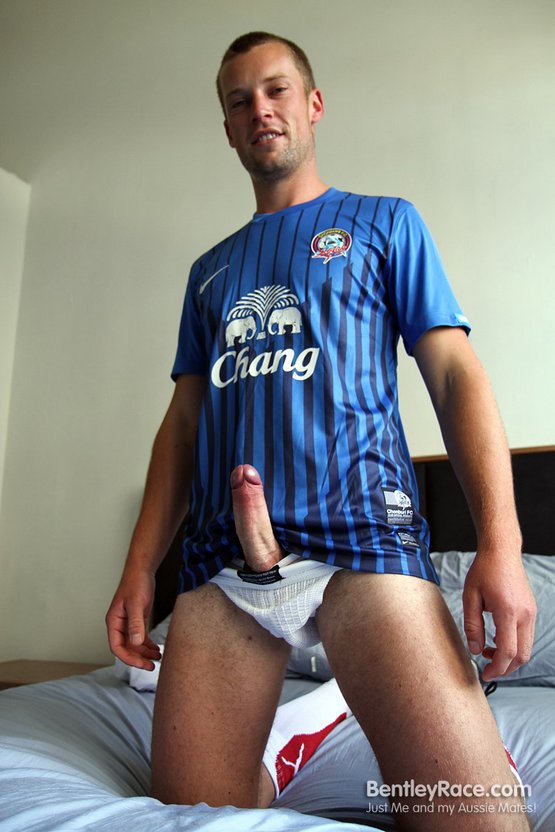 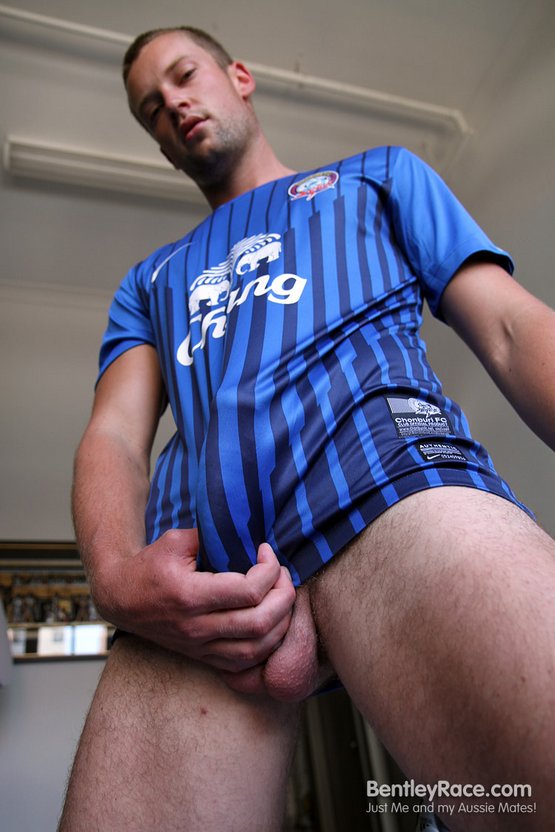 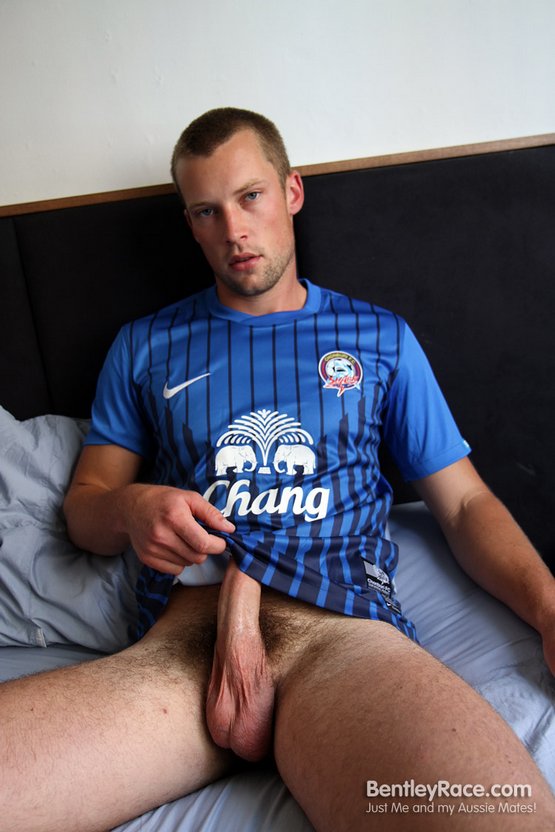 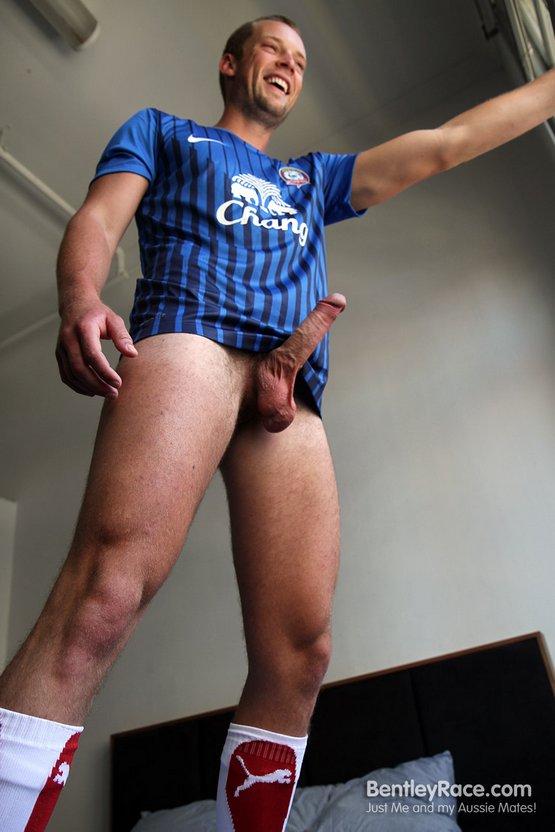 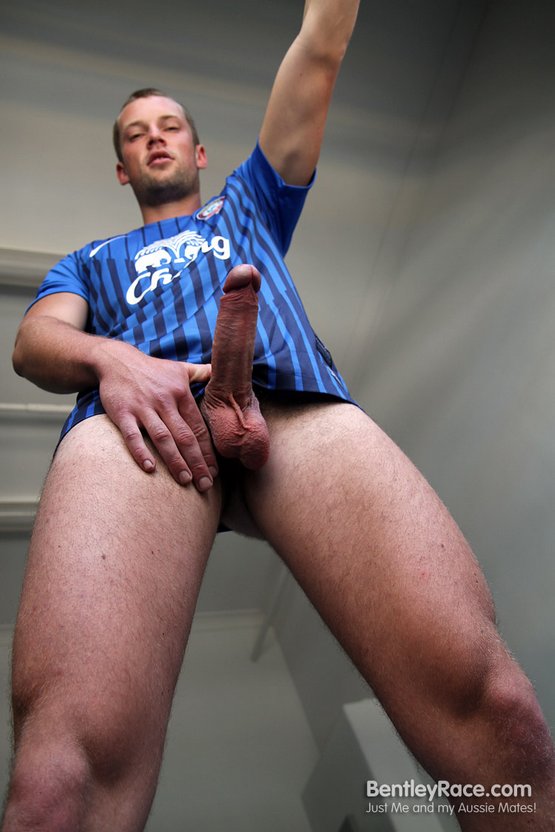